Guys, I’m NOT that herbivore who feels satisfied with a simple green salad. They’re fine and all, but I CRAAAAVE a savory meal, bold flavors, and lots of textures. This slow cooker vegan pozole is my JAM.

In Mexico & the US Southwest at Christmastime, families linger over a big pot of all-day-cooking pozole and piles of homemade tamales. Traditionally, the pozole soup is made with a homemade chile sauce from 4 kinds of chile peppers and includes meat. It can be “rojo” (red chiles & sauce) or “verde” (green chiles & sauce).

Even if it’s summer when you’re ready this, you gotta love an easy, full-flavor crockpot dinner.

This recipe has a few easy hacks which turns this holiday favorite into a weeknight showstopper! You’ll use a slow cooker to “dump and go”, soyrizo (soy-based chorizo) brings meaty, savory, umami depth without meat, and canned enchilada sauce with chile powders mimics the homemade chile sauce.

Head to the Latin / International aisle at your grocery store, and let’s grab some good stuff!

Hominy is dried maiz treated with an alkali. You might find it in the canned vegetable aisle. Hominy was a pre-Columbian staple in Nahuatl (indigenous Mexican/Aztec) cooking. It looks like jumbo-sized corn kernels & has a delicious chewy, hearty texture. My 9yo LOOOOVES it.

Just like it’s pork-based chorizo counterpart, Soyrizo is crumbly and VERY spicy. Like… 🌶🌶🌶🌶 4 chili peppers HOT, hot when using 1 cup of Soyrizo in this dish. My family likes it.We just put tissues on the table! The spices are rich and full-flavor, and don’t linger too long afterwards.

However, if you want to take the heat down, reduce the amount of Soyrizo. I haven’t tried these variations, but I’d estimate 1/2 cup for MEDIUM heat, and 1/4 cup for MEDIUM-MILD heat. If your family would prefer just a hint of heat, omit the Soyrizo entirely and add a couple dashes of the chili powders (to taste).

Nothing fancy here. Just dump all the ingredients into the slow cooker. Set it for 6 hours on low. Walk away.

You’ve got this rich, filling and spicy bowl of soup in front of you… now add some toppings for contrast. Think cool, bright, crisp or creamy. Each spoonful of deep and spicy is tempered with something cool or crisp.

Or take my husband’s recommendation: top with Fritos. He says it tastes like Mexican frito pie. If this is sacrilege to you, I’m sorry. Take it up with him LOL!

Just like the pork-based original, the Soyrizo brand of soy-based chorizo is hot and spicy. My family likes spicy, so I used a full cup of Soyrizo. We agreed it was “HOT” 🌶🌶🌶🌶. Using 1/4 cup will bring the spiciness down. If your family does not like any spicy/hot, omit altogether OR cook separately in a small pan for adding to individual bowls.

This recipe is vegan, vegetarian and gluten-free. But please read the soyrizo label on your package to confirm it is GF. 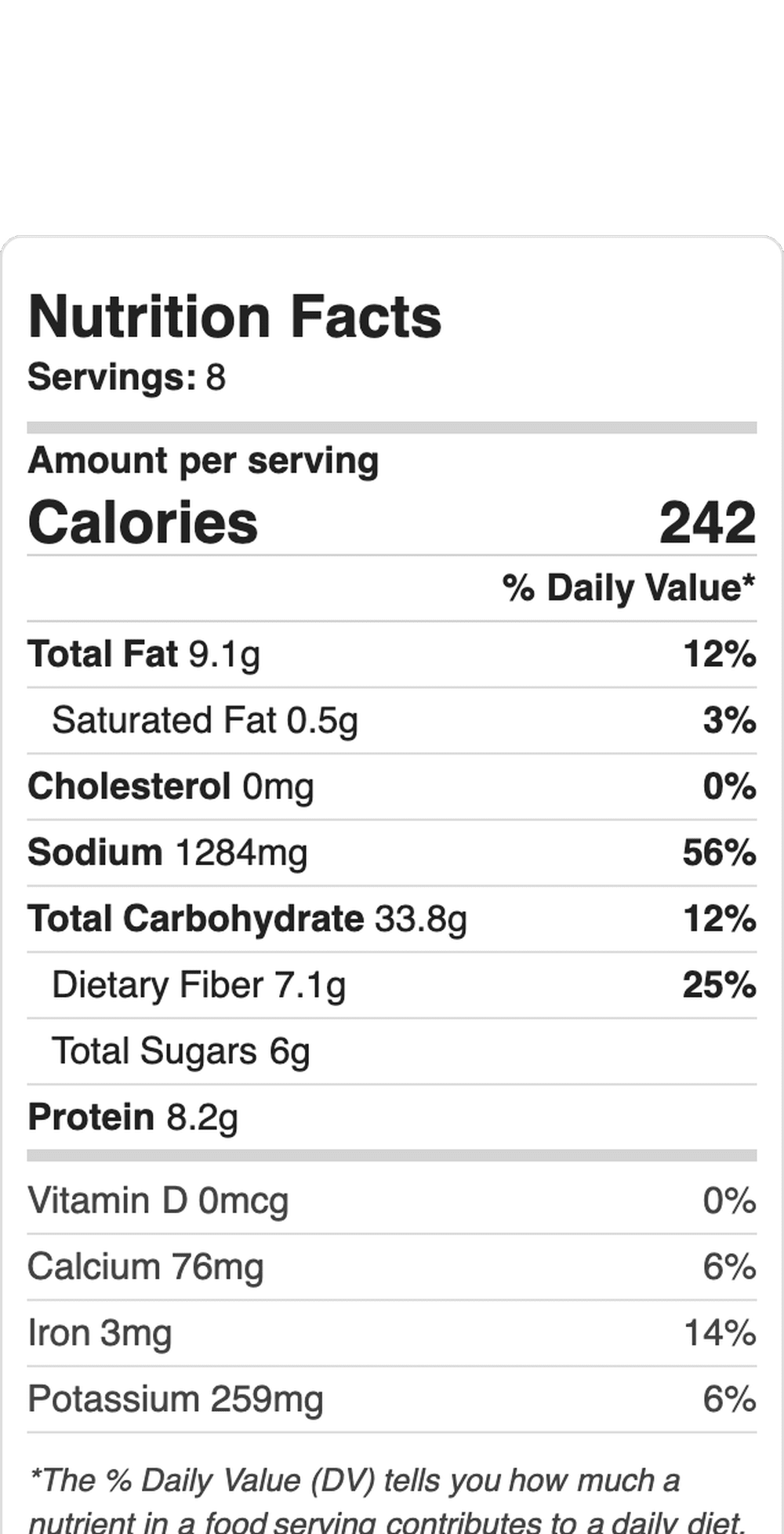 I’m a boss mom & tacotarian who’s been dishing up meatless meals to her carnivore family. I have ALL the meal tips & hacks!

My mission? To make you the dinner time hero with easy, family-friendly vegan & vegetarian recipes.

Get To the Good Stuff, Busy Mama!

You ❤️ These Yummy Recipes

I’m a boss mom & tacotarian who’s been dishing up meatless meals to her carnivore family. I have ALL the meal tips & hacks!

My mission? To make you the dinner time hero with easy, family-friendly vegan & vegetarian recipes.

Get To the Good Stuff, Busy Mama!

You ❤️ These Yummy Recipes

Knock knock.
Who’s there?
Figs.
Figs who?
Figs your doorbell!

This site uses Akismet to reduce spam. Learn how your comment data is processed.

This website uses cookies to improve your experience while you navigate through the website. Out of these, the cookies that are categorized as necessary are stored on your browser as they are essential for the working of basic functionalities of the website. We also use third-party cookies that help us analyze and understand how you use this website. These cookies will be stored in your browser only with your consent. You also have the option to opt-out of these cookies. But opting out of some of these cookies may affect your browsing experience.
Necessary Always Enabled
Necessary cookies are absolutely essential for the website to function properly. This category only includes cookies that ensures basic functionalities and security features of the website. These cookies do not store any personal information.
Non-necessary
Any cookies that may not be particularly necessary for the website to function and is used specifically to collect user personal data via analytics, ads, other embedded contents are termed as non-necessary cookies. It is mandatory to procure user consent prior to running these cookies on your website.
SAVE & ACCEPT
606 shares
Loading Comments...